Hay fever is a common condition, affecting between 10%-30% of people worldwide. It is generally not dangerous in and of itself, but when combined with other conditions it can both complicate and intensify them, and vice versa.

Hay fever is the more commonly used name for allergic rhinitis and affects individuals of all ages. It happens when our immune systems are overactive and mistakes common substances in the environment to be dangerous, and our bodies then launch an attack against these supposed invaders. 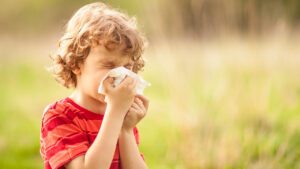 The symptoms of hay fever can vary depending on the individual. There are some common complaints, though. Hay fever can bring on symptoms such as itching in the nose, mouth, throat, and ears. It can cause stuffiness and watery, red eyes. It includes symptoms such as sneezing and coughing as well.

When someone is suffering from hay fever, they may feel physically and mentally worn out from dealing with all the manifestations of the allergies. The symptoms often happen seasonally and will continue until the allergy trigger is no longer around. Many people experience hay fever in the spring, summer, and early fall. 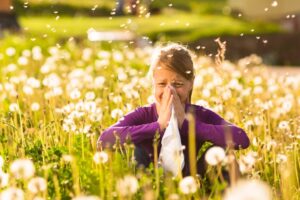 The cause of hay fever is generally an allergy to pollens from things such as grasses, trees, and weeds. Even mold spores and other substances can cause hay fever. The body mistakes one or more of these various substances for viruses and mounts an immune attack on them. An overactive immune system is what makes the body react in this way. This can cause all the hay fever symptoms that bring individuals misery the whole time they are experiencing them.

There are certain situations that may cause your body to be more sensitive to allergy triggers. Some individuals have severe hay fever one year, and much milder symptoms the next. Why isn’t the body always equally sensitive to its triggers? Stress, for one thing, can make a person more susceptible to the effects of hay fever. If you are dealing with issues that cause stress, you may notice more severe allergies throughout the seasons you already have trouble with.

Asthma is one condition that interacts with hay fever and makes existing hay fever worse. Asthma and hay fever have always played off of each other, aggravating each other as well as triggering each other in the first place. If you have either asthma or hay fever, be sure to keep them well-managed so that symptoms of either don’t become unbearable, or dangerous.

There are things that may cause or trigger hay fever, such as smoking – both first and second hand. Alcohol and dust mites can have a negative impact on your hay fever as well. Avoid both when possible.

Hay fever has more than one cause. Some of the causes can be avoided and some can’t. Do what is in your power to avoid all allergy triggers, and hope for the best as far as the rest go. Keep track of your hay fever symptoms so you can become aware of the causes of your hay fever in particular. This will give you the knowledge to avoid the symptoms as much as possible.